I serve as lead counsel on high-stakes criminal cases, and have worked on some groundbreaking matters. 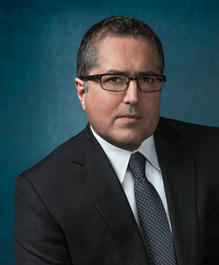 Supreme Court of the United States

United States Court of Appeals for the Second Circuit

As a former supervisor at a United States Attorney’s Office and former Manhattan Assistant District Attorney, I serve as lead trial counsel on complex and serious criminal cases, investigations and financial regulatory matters in U.S. District Courts throughout the United States, in State Courts in New York and New Jersey, and in other countries. I have represented nationals of other countries charged with spying against the United States and with violating Iranian sanctions. Generally, I handle high-stakes criminal cases involving securities, mail, wire, insurance and bankruptcy fraud, money laundering, construction and labor union matters, foreign corrupt practices act violations, racketeering and enterprise corruption, international arms dealing, anti-trust, bribery, kickbacks and criminal tax investigations; specializing in sensitive and high profile matters, including United States Congressional investigations. I also represent companies and individuals in Securities and Exchange Commission and FINRA enforcement proceedings, internal corporate investigations and grand jury matters. My practice has also included the representation of select clients charged with offenses such as murder, firearms possession, or other similar matters. Finally, I have an active international criminal practice, working with local counsel on matters charged by the governments of Italy, Switzerland, Romania, Bulgaria and Kyrgyzstan as well as investigations in other countries.

Nationally recognized expert in sophisticated criminal prosecutions and the RICO statute; have lectured extensively throughout the U.S. and abroad, and have written and published on these topics;

Won the Director’s Award for Outstanding Performance as an Assistant U.S. Attorney as well as four FBI Outstanding Achievement Awards for successful prosecutions in difficult and complex matters.

Prosecuted, investigated and litigated hundreds of criminal cases, presented over one hundred cases to the Grand Jury and tried dozens of cases to verdict.

Criminal and Civil Use of the RICO Statute, outline accompanying lecture broadcast on “Lawline”

Report to the Deputy Attorney General of the United States on the State of Gangs, Gang Violence and Prosecution Measures in the District of New Jersey – presented on July 31, 2005

How to Prosecute a Group of Bad Guys – Innovative Uses of the RICO and CCE Statutes, presented to the Home Office of the United Kingdom at the U.K. Annual Law Enforcement Gang convention of 2003

The Fourth Amendment and “Street Encounters”, presented to the U.S. Attorney’s Office in New Jersey, 2003

How To Take a Statement from a Defendant, presented to the U.S. Attorney’s Office in New Jersey, 2002

Frequent lecturer to local, state, federal and foreign governments, as well as educational and law enforcement institutions on a variety of subjects. Notable presentations include the following:

The History Channel, February 2008 – “Gangland” series. On camera discussion on the history of the Bloods street gang.

An Omar Broadway Film, premiered at the Tribeca Film Festival in April 2008. Nominated Best Documentary Film at the festival. On camera discussion of the Bloods in the U.S. prison system.